The wines of Bordeaux are complex and nuanced due to the multitude of wine-growing sub-regions: Médoc, Graves, Entre-deux-Mers, the right bank and Sauternes. There are great differences between each terroir and vintage. The proximity to the sea and the presence of rivers and streams provide a moderate and stable climate. The coastal forest stops salty winds and decreases precipitation. Minerals abound in the rocky subsoil and the very poor topsoil encourages deep rooting. A good drainage favours aromatic ripening. The region's red wines are based on a blend of 3 main varieties: the famous Cabernet Sauvignon is essential in the classified growths of Médoc. Its pronounced tannins and a great potential for ageing are the keystone of the elegance that the wine will develop over the years. Merlot, also very famous, plays an important role in the wines of Médoc and Graves. Its smoothness and its aromatic intensity make it a key variety for the wines of Pomerol and Saint-Émilion. Cabernet Franc is more used in Saint-Émilion and gives spicy and herbal aromas and great complexity to the blend. 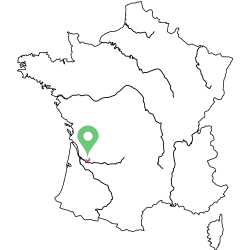 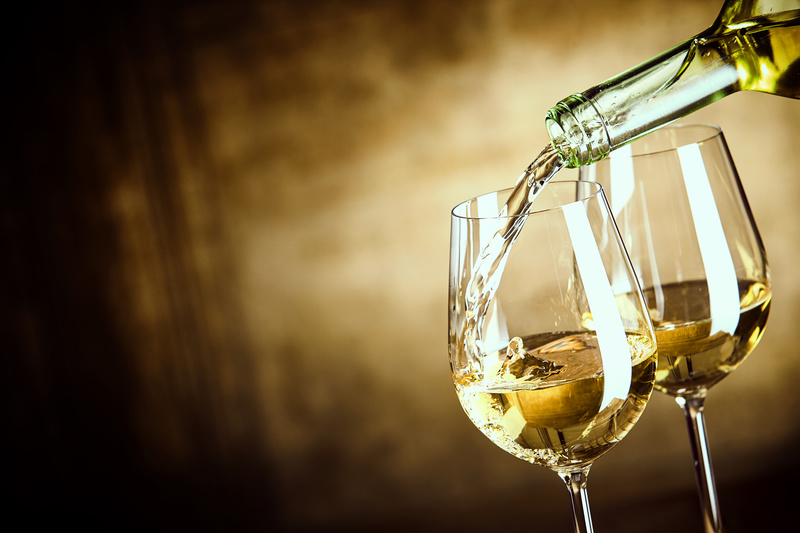 Click here to go to our white Bordeaux wines > 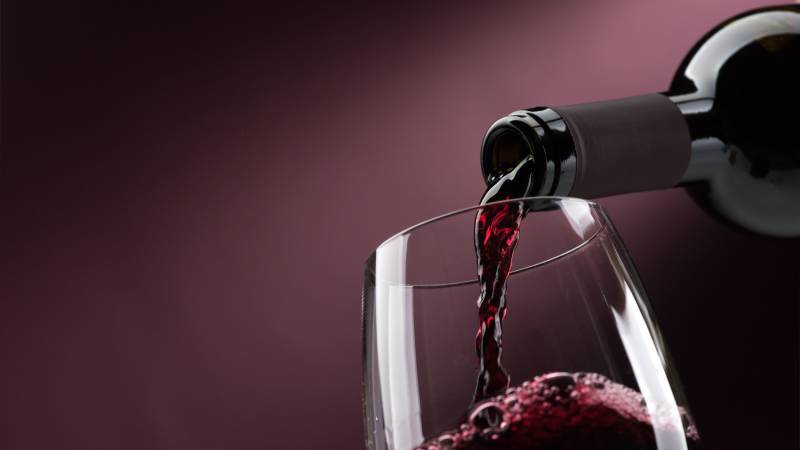 Choose by appellation or grape, or trust our expert sommeliers selections to find the bottle perfect for you in terms of taste and price. Don't hesitate to use the side menu if you don't see what you are looking for!

See smaller appellations in the side menu

See other domaines in the side menu 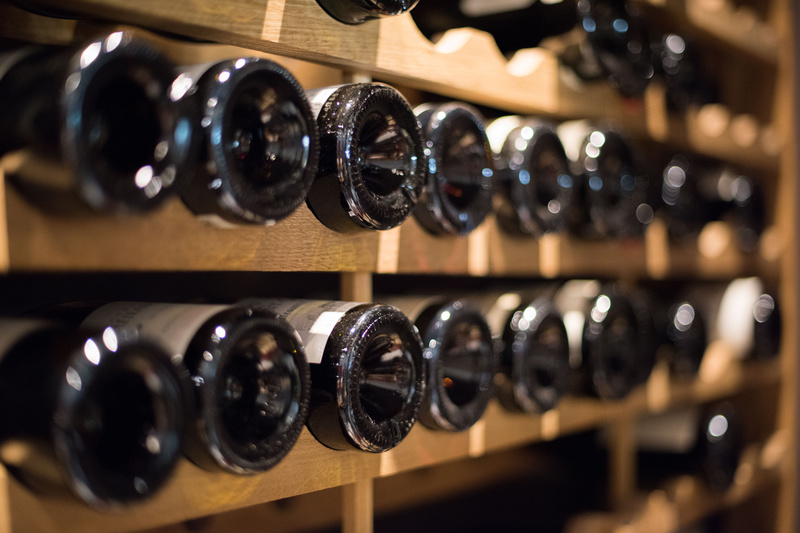 ALL OUR RED WINES FROM BORDEAUX

Bordeaux are some of the most famous and appreciated French wines in the world. They are produced in Aquitaine near the city of Bordeaux, in the department of Gironde, in the lands located along the rivers Garonne and Dordogne. Bordeaux red wines are made mainly from the following grape varieties from the most planted to least planted: Merlot, Cabernet Sauvignon, Cabernet Franc, Malbec, Petit Verdot, and Carménère. The blend of these several grape varieties makes Bordeaux wines outstanding. Each grape variety has its characteristics, its soil and its climatic conditions: it is these combinations that make Bordeaux wines outstanding.

The vineyards seem to be present in Bordeaux since ancient times: the community leaders of Burdigala (Bordeaux) decided to create their own vineyards because of the high prices of Italian and Narbonese wines, imported by Roman traders.

During the Second French Empire, the great red wines of Saint-Émilion, Fronsac, and Pomerol became the first quality wines of Bordeaux production.

The vineyards of Bordeaux are wine-growing regions of France that extend to the west of France, in the region of Aquitaine. On average, today close to 68 million cases of red Bordeaux wine are produced each year, with a variety of qualities from ordinary table wines to some of the most expensive and prestigious wines in the world. Most Bordeaux wines are red, but the sweet white wines have also contributed to the reputation of the region, and also produce dry white wine, rosé and sparkling (Crémant de Bordeaux).

The Bordeaux region is the second largest wine region in France, with 284,320 acres of vines. Only the Languedoc wine region with 617,750 acres of vines is larger. The main reason for the success of viticulture in the Bordeaux region is the excellent ecosystem for vine growth. The geological foundation of the region is limestone, which leads to a soil rich in calcium. The Gironde estuary dominates the regions along with its tributaries, the Garonne and Dordogne rivers, and together irrigate the land and provide an oceanic climate for the region

The Bordeaux wine region is divided into sub-regions, including Saint Émilion, Pomerol, Médoc, and Graves. There are 60 Bordeaux appellations and the wine styles they represent are usually categorized into families.

There are several sub-regions within the Bordeaux winemaking region of France. Depending on location, some red wines may be Cabernet Sauvignon dominant, while others may be more Merlot dominant. For better understanding; Bordeaux is split in two which are “Left Bank” Bordeaux red blend, as well as the “Right Bank” Bordeaux red blend, depending what side of the River Gironde the wine was produced. Left Bank Bordeaux’s, like the ones produced in Haut-Medoc, and on the rest of the left bank of the Gironde estuary, tend to be Cabernet Sauvignon dominant. Right Bank Bordeaux’s, such as those from Bourg or Blays, Saint Emilion, Pomerol, and the other appellations tend to be Merlot dominant.

The 5 First Growths (four from Médoc and one, Château Haut-Brion, from Graves), instituted by the official 1855 Classification are among the most sought-after and expensive in the world:

Château Margaux, in the Margaux appellation

Château Latour, in the appellation Pauillac

Château Haut-Brion, in the Pessac-Léognan appellation

Guess what! Vinatis proposes you the varieties of the five First Growths and other varieties at affordable prices.

The taste of Bordeaux red wine

The taste of Bordeaux red wine is not simple to explain as there are thousands of Bordeaux red wines. But there are still some dominant flavours which include: black currant, plum, cassis, vanilla, graphite, cedar, raspberries, fruit cake, violet and smokiness. Cabernet Sauvignon dominated wines are higher in acidity, often firm and more tannic than Merlot-dominated wines.

When it comes to food pairing with Bordeaux wines, think about meat or a meat-based dish so as to maximize the flavour. Generally, Bordeaux red wine goes well with steak & fries, vegetables, meat, cheese e.t.c. If your Bordeaux is from the Left Bank, it’s going to be Cabernet Sauvignon dominant. Thus, it will typically contain more rugged tannins and red fruit. Left Bank Bordeaux red blends pair nicely with heavy, fattier, saltier and spicier steaks & lamb. Right Bank Bordeaux’s which are usually Merlot dominant pair nicely with leaner or more savory meats, like pork or even duck.