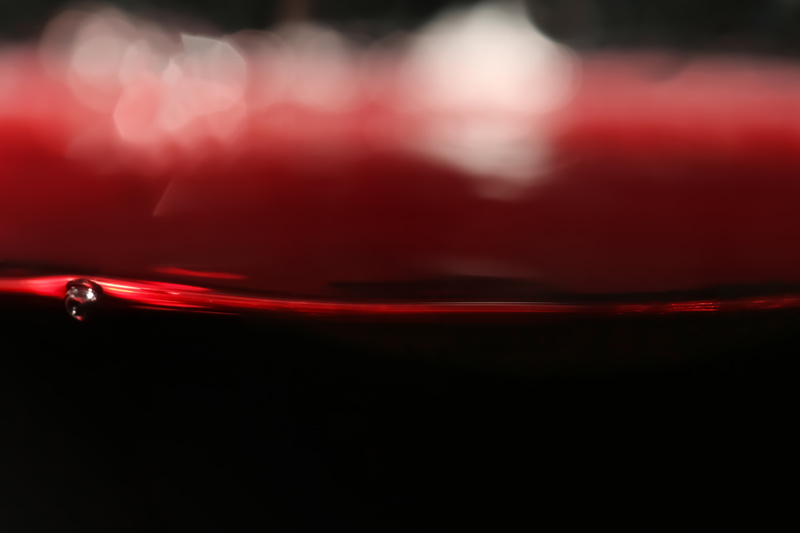 ALL OUR RED WINES

🍇 More of a red wine drinker? Then welcome to your new favourite page! At Vinatis, we have all types of red wine: racy and full-bodied, as well as light and fruity...

Our selection goes from the greatest Grands Crus to economic table wines and smaller but delicious cuvées; never forget that our sommeliers have tasted and approved every single bottle before selection on our website, therefore you can always be sure about the quality of the bottles!

Most Popular Regions For Red Wines 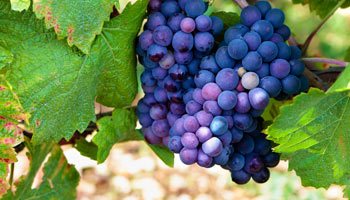 Recognised to be amongst the best red wines in France, Burgundy red wines have certain common features. The main grape variety is Pinot Noir. The bouquet is fruity (strawberry, cherry, blackcurrant…) and peppery. Taste wise, red wines from Burgundy are very lively, structured and round; supple tannins join the racy structure into a balanced result. 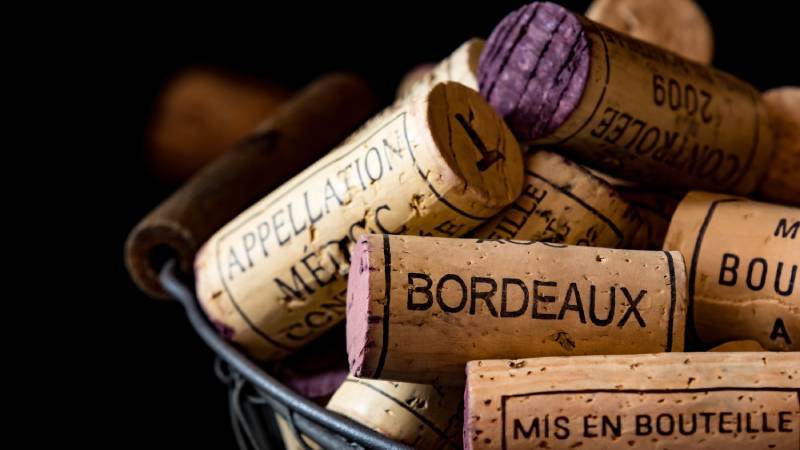 The French wine region of Bordeaux benefits from a vast territory expressing a great diversity of soils, climates and grape varieties. Bordeaux red wines offer a palette of infinite hues and combine their virtues in many different ways. As different as they are, they often have in common an emphasis on the expression of the fruit; a pleasant, convivial wine. 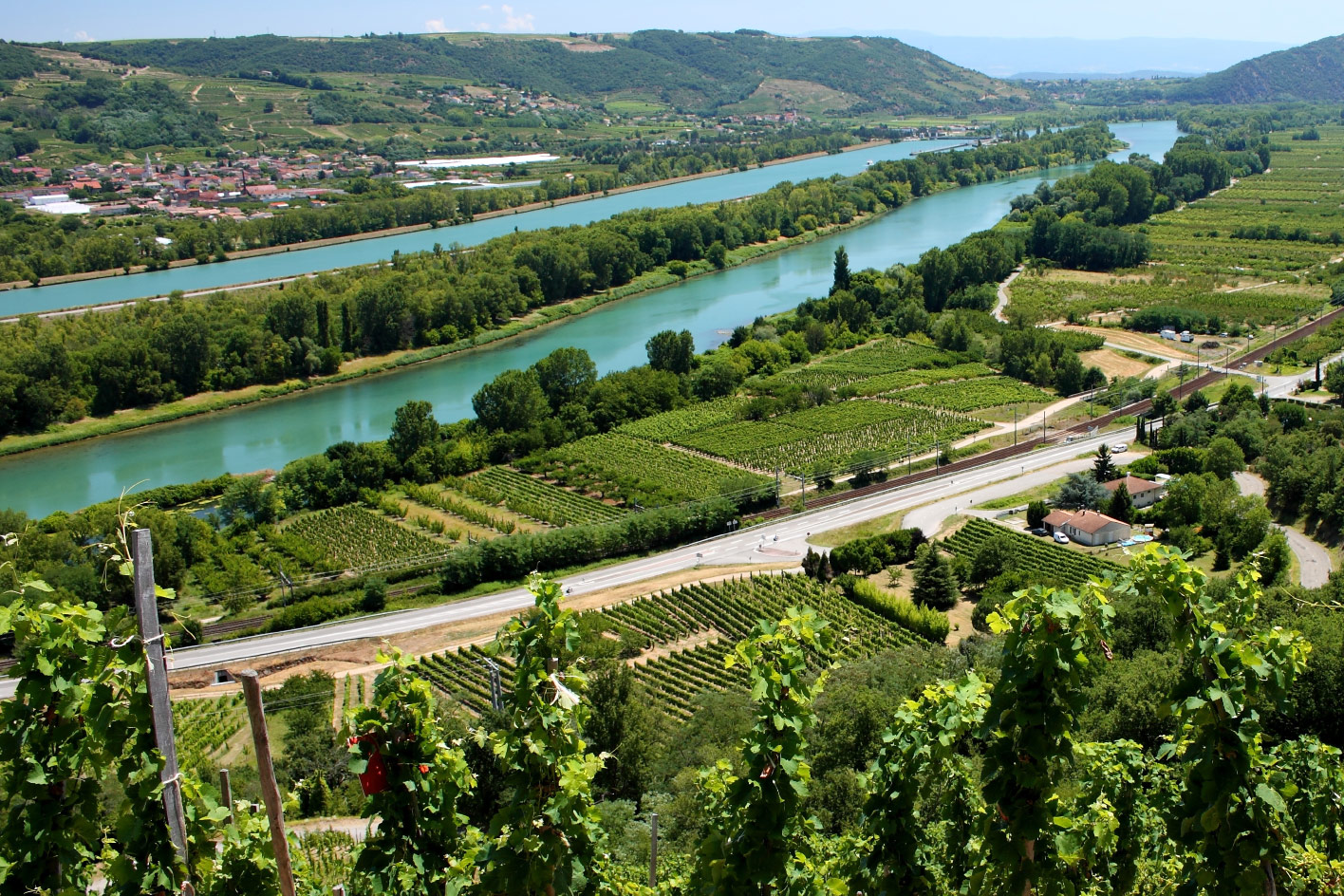 Rhone Valley is mostly famous for its red wines; common red grape varieties in the area are Syrah and Grenache. Red wines from this region are generally full-bodied, having in common a fine and elegant tannic structure, which requires a few years of ageing to refine. Nose is very seductive, with aromas of violets, cocoa, liquorice, red fruits and pepper.

Red wines are made from black grapes and have a red hue. Most of the grapes have a colourless juice. So to make red wine, the grape skins that contain almost all the pigmentation of the grape must remain intact with the juice during all or part of the fermentation process.

The tannins in the grape skins are transferred to the wine when the skins are in contact with the juice. Apart from the difference in colour, the main difference between red wines and others comes from the tannins.

Tannins provide a dry sensation in the mouth and back of the throat. They also help to preserve the wine, allowing most (but not all) reds to age longer than whites.

A PRODUCT MADE ON EVERY CONTINENT

It is its particularities and its ease of cultivation that make this wine widely produced and consumed all over the world. Today, it is produced on all continents.

The United States, Canada and Mexico also produce red wine. South America and Asia are not to be outdone with their considerable production. In Oceania, Australia is a serious producer, followed by New Zealand.

In terms of consumption however, Europe and North America lead the way.

In the United Kingdom, Spain, Italy and Switzerland, red accounts for more than half of total wine consumption. This is also the case in Canada, although there are some disparities in certain parts of the country.

Thus, red wine is gaining market share over other types of wine even in countries where it was not typically widespread.

Nevertheless, the choice of consumers of red wine often depends on its different variants, which are determined by the red grape variety or varieties used in its production.

Soil characteristics, climate and the origin of a grape variety can affect the body or the sensation in the mouth provided by a red wine. The body is affected by several factors, the most important being the alcohol content and tannins.

Meanwhile, tannins, which are found in the skin, seeds and stem of the plant, give colour and bitterness to the wine.

Tannins also cause a drying effect on the tip of the tongue (not to be confused with the level of dryness, which is a measure of the sweetness of the wine). In addition, differences between grape varieties will significantly affect food and wine pairings. In any case, the types of red wine vary according to the following main grape varieties:

Origin and climate: A grape variety with a cool, temperate climate from the Loire Valley. It is also widely grown internationally in Italy, Hungary, Spain, the United States, New Zealand, Canada and many other cool climate regions.

Colour: A deep red that varies greatly from region to region in terms of darkness.

Comments: It is very often used in blending for the greatest Bordeaux blends.

It finds its origin in the 17th century, and is related to the famous Cardinal Richelieu. Research in the late 1990s revealed that it was at one time crossed with Sauvignon Blanc, producing the now popular Cabernet Sauvignon.

It gives a wine that is more pronounced in flavor and taste than Cabernet Sauvignon, with a nose of green herbs. It is the only grape variety in the Bourgueil, Chinon and Saint-Nicolas-de-Bourgueil appellations.

Origin and climate: it grows in warm climates, and is native to Bordeaux. It is grown in France, Italy, California, Chile, South Africa and Argentina...

Colour: A purplish red with a darker spectrum.

Flavour profile: Black fruits, such as blackberry and blackcurrant, with dried herbs and hints of tobacco.

Comments: A hybrid between Cabernet Franc and Sauvignon Blanc, this grape variety dates back to the 18th century, when it enjoyed great popularity.

It is the soul of the Bordeaux Grands Crus, giving long-lasting, intense, powerful wines whose complexity is revealed after a few years of cellaring.

Its colour, aromas and tannins can be remarkable when ripe. It can be associated with Merlot and Cabernet Franc, and has a great international reputation.

Flavour profile: Rather light and fruity, with hints of blackcurrant and raspberry. Light body that allows a good sensation in the mouth.

Comments: from its full name " Gamay noir à jus blanc " (black grape, white juice), it is less known than its cousin (Pinot Noir) but appreciated for its red fruit flavours and freshness.

Mainly cultivated in Beaujolais, it produces alone the ten Crus of this appellation.

Origin and climate: it dates back to Roman times and excels in cool to medium climates. Mainly grown in Burgundy, the Loire Valley and Alsace, it also excels in the United States, Germany, New Zealand, Italy and Australia.

Flavour Profile: A complex blend of red berries with hints of cloves and licorice, as well as distinct notes of rose or aniseed when young. After a few years, it expresses notes of spice, undergrowth and leather.

Comments: With its thin skin, it is a very sensitive variety and often difficult to grow.

Its aromatic complexity is what fascinates oenologists the most. It produces complex wines with a wide range of possible flavours, which makes its popularity quite understandable.

Origin and climate: A variety of warm weather originating from the Quercy region, and well known for its preponderance in Argentina. It is grown in Bordeaux, Cahors, the Loire Valley and Chile.

Flavour profile: A complex, fruity character with notes of blackberry and black cherry. It also includes a blend of herbaceous and spicy aromas when grown in colder climates. It tends to have a rich, round texture.

Food and wine Pairing: Due to its popularity in Argentina, it goes well with grilled red meats and hard cheeses.

Comments: Despite its French origins, a more interesting part of its history lies in the 1800's in Argentina. The original ancestor vine had mostly disappeared from its native France after an epidemic.

However, thanks to government intervention, it found a new home in Argentina where it not only survived but flourished, achieving great commercial success.

It is now commonly regarded as an Argentinian wine of French origin. It is the main grape variety in Cahors, giving dense and robust wines.

Origin and climate: grown in hot and cold climates, it gives a wide range of flavours. It is most common in Bordeaux, the South-West, Languedoc, Italy and California.

Flavour profile: It is one of the few grape varieties grown in cool and warm climates. It is fruity, giving wines with liquorice flavours in cool climates, and sweet and fruity mocha flavours in warm climates.

Comments: The word "Merlot" in oenology appeared in 1784 as a positive description of taste. Its fruit was often eaten ripe, because of its delicious flavour.

Not surprisingly, it is one of the most popular and planted varieties in the world.

Origin and climate: Variety that appreciates warm regions, with its roots in the Rhone Valley. Besides Rhone, it is grown in Languedoc, as well as in Australia, Spain, Argentina, South Africa and the United States.

Colour: It produces the deepest and darkest red wines, approaching the darkest areas of the colour spectrum.

Flavour Profile: A strong hint of black fruits, followed by a peppery and spicy finish.

Food and wine pairing: With medium tannin content and acidity, and a bold expression, Syrah pairs well with equally fat, but not spicy foods. It pairs well with grilled red meat and creamy cheeses.

Red wine is available in many different varieties, ranging from sweet red wine, sparkling red wine, dry red wine, to liqueur and port wine. Red wine is a symbol of a special moment, whether you are relaxing with a glass, refining your meal with a good bottle of red wine or enjoying a convivial moment drinking wine.

Discover our red wines selection from all over the world online at Vinatis.co.uk: You will find the right wine for all occasions and all tastes. Good red wine does not have to be expensive!