The most famous sweet wine in the world ! The wines of the AOC Sauternes are jewels among the great white wines of Bordeaux. The appellation counts 17 Crus Classés, and includes only one Premier Cru Supérieur, that of Château Yquem. A true ambassador of the AOC, Château Yquem stands out from other estates by the richness and particularity of its soils, but mainly by its exceptional yield. Indeed, Château Yquem produces only one glass per vine stock! The Sauternes wines are made from Semillon, Sauvignon and, in very small quantities, Muscadelle. Harvested when over-ripe with the famous noble rot, these exceptional grapes picked one by one give birth to a bouquet of incomparable flavors and a rare power: extreme quality. Discover the wonders of the appellation with Château Yquem, Château Rieussec or Château Sigalas Rabaud. 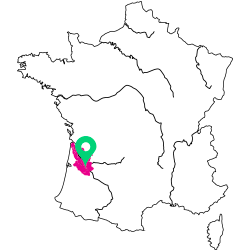 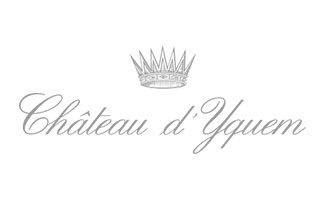 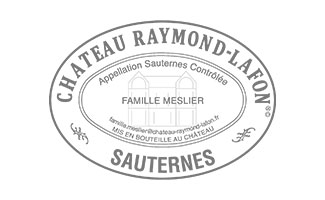 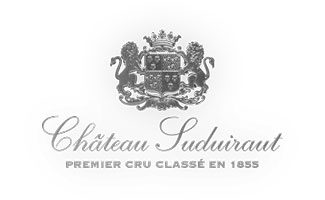 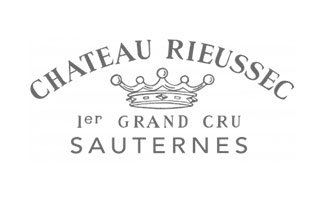 ALL OUR BORDEAUX WHITE WINES

Eye : In its youth the colour of Sauternes wine is golden and brilliant. It becomes more like aged gold, or even amber gold as it ages. After a few decades in the cellar, the color of the nectar translates into tea-colored hues.

Nose : The olfactory profile of Sauternes is among the most complex wines of France, if not THE most complex! The aromas are multiple, ranging from ripe fruits (apricot, peach), to exotic fruits (mango, pineapple, passion fruit), to citrus fruits; not forgetting the delicious scent of honey. Roasted almond and vanilla aromas add to the wide and powerful olfactory bouquet of Sauternes..

Mouth : The attack of this nectar is delicate, yet powerful. The wine is potent and concentrated. Although the matter is dense and rich, there is no sensation of heaviness. This wine coats the palate with a light elegance. The candied and roasted fruit notes of the nose are found on the palate. The aromatic persistence is impressive, revealing an exceptional length on the palate.

Delicious with foie gras, roast chicken, duck with peaches or blue-veined cheeses, not forgetting its ideal partner: Roquefort cheese! Sauternes wine is also extremely pleasant with desserts such as a soufflé au Grand Marnier or a Paris-Brest.

5 to 25 years for good vintages and up to 100 years for the greatest Grands Crus ! Like all great wines, Sauternes has a long life and transforms with age, releasing its aromas more and more subtly, and displaying a golden colour with increasingly amber hues. Some wine lovers take offence at the idea of tasting a young vintage, believing that a wine should be given at least 30 years to reveal its full potential. Others, on the contrary, think that a Sauternes can be appreciated at all stages of its evolution. Are you one of the purists?

THE SECRET OF SAUTERNES GRANDS CRUS

It's all in the technique! A unique wine, the harvest is carried out berry by berry, harvested at over-ripeness until the end of November by a series of successive selections. The harvest is spread out over almost 2 months. The grapes are by this time 'infected' by the so-called noble rot: a fungus also called "Botrytis Cinerea". This fungus has a drying effect on the fruit, thus enhancing its sugar concentration, a sweet nectar which is strictly natural, without the addition of sugar or alcohol. The formation of the famous noble rot is particularly facilitated by the proximity of the vineyard to the Garonne River and the Atlantic Ocean, thus ensuring a constant softness and humidity, but mainly by the Ciron. This small river causes the formation of morning mists in autumn, thus favouring the creation of the famous mushroom. It is thanks to the formation of this noble rot that flavours of exceptional quality are created. The aromatic spectrum of a Sauternes is undoubtedly the most complex of French wines, making it a true national pride. So sumptuous, it cannot be compared to any other wine.

CHÂTEAU YQUEM, THE MOST RENOWNED CRU

The only Premier Cru Classé in Bordeaux white wine, Château Yquem is close to the pinnacles of perfection. In addition to the extreme care taken during the harvest, where the grapes are picked one by one, the estate grants itself the right to downgrade an entire vintage if the harvest is deemed unworthy of bearing this name. In the winery, the wine is subject to intensive care throughout its vinification: light and meticulous pressing, precise settling of the must, a vat room specially dedicated to temperature control, technical expertise and excellent craftsmanship. The end of the fermentation and maturing on the lees continue in barrels, only one third of which are new, with regular stirring of the lees over the following 10 months. It is only after many tastings that the decision to move on to the final blend is then made. It is made up of a majority of Sauvignon and a few Semillon harvests, a requirement which makes it the noblest of the white wines of Bordeaux, hence the need to rely on the best vintages. Find the vintage guide of the Domaine Château Yquem and let yourself be bewitched by the Yquem style! On the finish, enjoy an aromatic persistence lasts and lasts... Its rare power leaves the taster with a singular memory that lingers. NB: The AOC Barsac is included in the Sauternes appellation zone.

Discover all our wines made with this grape

Discover all our wines made with this grape