The early bird from moderate or warm climates

Originally from the Rioja region in Spain, this grape variety has also found favoured terroirs at other latitudes in the warm climate of the New World wine-growing countries. It is appreciated for its astonishing richness, even in the most arid conditions. Tempranillo variety ripens early and is Spain's premier black grape variety. In Rioja it is often blended with Garnacha (Grenache) and Mazuelo (Carignan). The wines are labelled in Rioja as follows: Joven (fruity style, no barrel ageing), Crianza (24 months, including 12 months in barrels), Reserva (36 months, including 12 months in barrels) and Gran Reserva (60 months, including 24 months in barrels). The longer the wine has been aged, the more powerful and structured it is, usually with a high alcohol content. These are quality wines, very pleasant in the mouth. Also called Tinta Roriz in Portugal, it is one of the main grape varieties used in the composition of red Port wines. 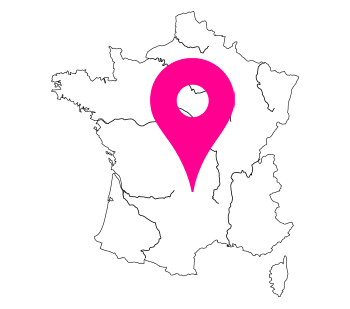 Hardly planted, not part of the specifications for any appellation.

MAIN APPELLATIONS
By type of wine: Red and porto 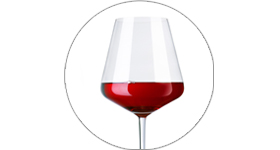 Douro (Portugal), Ribera del Duero, Rioja (where it is said to have originated), Toro (Spain) 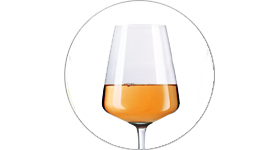 SHALL WE TASTE?
In the galss

Beautiful ruby colour that evolves to coppery colours as it ages. Aromas of ripe red and black fruits and liquorice. The time spent in wooden casks gives aromas of vanilla, coconut, roasting or leather. Velvety on the palate, the tannins become all the more smooth the longer the wine is kept.

Sweet wine of great complexity and sweetness. Depending on the vintage, Porto lovers appreciate them for their powerful aromas (red fruits, cistus, resin, woody, spicy notes). The strong presence of tannins in its blends gives structure and longevity.

FOOD AND WINE PAIRINGS
Tempranillo at the dinner table

Porto can be enjoyed as an aperitif, but it is also suitable for a meal with select dishes, such as large game in sauce. Blue cheeses: Stilton, Bleu d'Auvergne, Fourme d'Ambert, Roquefort. Dessert: With chocolate or praline desserts.

In Spain, it is the country's number one planted red grape variety. It gives character to Rioja, one of the two oldest Spanish appellations (Ribera del Duero and Toro, produced in Castile and Leon).These high quality wines are aged in oak barrels for a period of time that varies from one year to the next.

Crianza: aged for at least 24 months, 6 of which in casks.

Reserva: aged for 3 years, including 1 year in cask.

Gran Reserva: Aged for 5 years of which 4 years were in casks. These are rare to find.

Also called Tinta Roriz in Portugal, it is one of the main grape varieties used in the composition of the famous red Port wines (the two styles are Tawny and Ruby). It is blended with Touriga Nacional, Touriga Franca and Tinta Barroca.