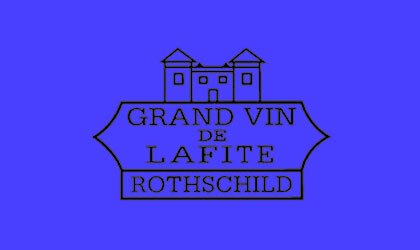 Château Lafite Rothschild is a Premier Grand Cru according to the official Bordeaux Wine Classification of 1855. It shares this rare distinction with Château Margaux, Château Latour, Château Mouton Rothschild and Château Haut-Brion. The great wine of Château Lafite Rothschild has no longer to be presented. In 1815, Abraham Lawton already ranked it at the top: "I classified it as possessing the most elegance and delicacy and the finest sap of the three [premiers crus]", a classification confirmed in 1855. As for characterising it, beyond the vintages, let us take up the words of an enlightened wine lover: "...whatever happens, all the wines of Château Lafite smell of almonds and violets!”

Lafite Rothschild is without a doubt, the most famous wine of Bordeaux. Indeed, it was classified as the "premier des premiers" crus in the 1855 classification.

Château Lafite is one of the three undisputed peaks of Pauillac, along with Latour and Mouton-Rothschild. Mostly situated around the château, the estate has the particularity of including "by dispensation" a plot of land located in the commune of Saint-Estèphe. Because everything is allowed to the one that the residents of Bordeaux themselves often consider to be the most elegant wine of the region.

Demanding like all great Bordeaux wines, Château Lafite possesses a truly aristocratic personality, which asserts itself over several decades before waiting for its full maturity. It then develops its very particular bouquet of cedar, almond and violet, with mineral notes (some say "black pencil scent"), supported by tannins of supreme elegance that give the whole an exceptional balance and smoothness.

According to Parker, this wine "stands out as one of the best in the Bordeaux region, marvelously combining unequalled finesse with extraordinary power". Under the direction of Eric de Rothschild since 1975, the harvest is rather late. The wine is matured in new oak barrels between 16 and 20 months.

→ Maturity: Within 10 to 50 years depending on the vintage.