Product successfully added to your shopping cart
NOTE: your order will only be shipped from the 16/11/2020 onwards
Quantity
Proceed to checkout
Red Wine / France / Languedoc-Roussillon / Faugères AOC / 14 % vol
Ranked by our clients in the TOP 30 Languedoc-Roussillon 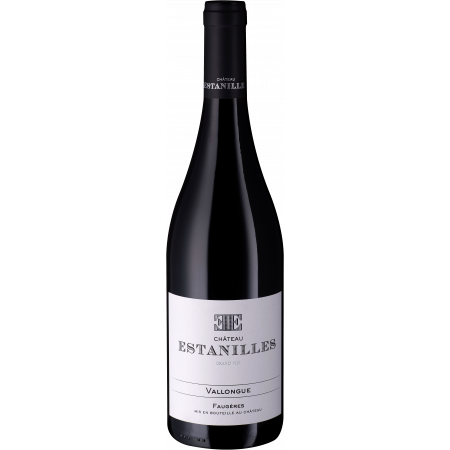 An expressive Faugères with crisp fruit and captivating spices!
Château Estanilles extends over an area of 35 hectares at an altitude of 300 metres, situated between the Mediterranean and the foothills of the Espinouse and Cévennes mountains. It nestles in one of the 7 villages in the Faugères PDO. The entirety of the estate has always been worked following sustainable practices and was granted its organic certification in 2008, and then was awarded its Organic Agriculture label in 2010. Vallongue Rouge is a blend of four grape varieties and is named after the small stream, Vallongue, that runs alongside the vines where the grapes grow. It has a dark ruby red colour, an expressive, soft nose of red fruits and lightly peppered spices. It is mineral and sharp with an elegant tannic structure that reinforces the feeling of freshness, complexity and balance.
Go to characteristics
Available
Smash-proof Packaging
22,10 € / L
Pros of Vinatis
SPEEDY DELIVERY
IN THE UK OR EUROPE

"It's a delightful wine, ripe and seductive with a lingering finish." R. Parker

You need to be logged in to leave a review:

There are no reviews

See other products from this estate