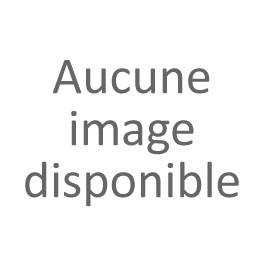 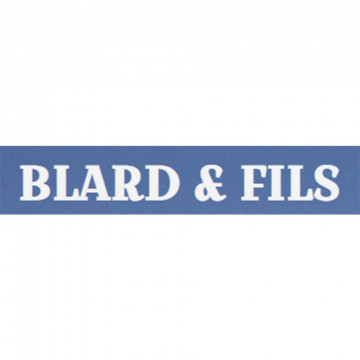 Located on the foothills of the Chartreuse massif, the Blard & Fils estate honors all the potential of the Savoy region. In recent years, the latter has been renowned for the quality of its wines thanks to winegrowers highlighting the terroirs through their cuvées. Opening up to modernity without denigrating family traditions, Jean-Noël and his son Thomas now produce under... Read more

Located on the foothills of the Chartreuse massif, the Blard & Fils estate honors all the potential of the Savoy region. In recent years, the latter has been renowned for the quality of its wines thanks to winegrowers highlighting the terroirs through their cuvées. Opening up to modernity without denigrating family traditions, Jean-Noël and his son Thomas now produce under the Vins de Savoie and Roussette de Savoie appellations. Different grape varieties such as Jacquère, Altesse or Malvoisie are cultivated there.

To find out more

HISTORY OF THE ESTATE

The Blard & Fils estate is a family business whose history dates back to the middle of the 20th century. Like many Savoyard families, the Blard family was a peasant family living off crops, livestock, field work and vines. While the vine was initially cultivated for personal production, the situation changed at the end of the Second World War. With the rural exodus, the remaining farming families, including the Blard family, specialised in an activity whose objective was to market their crops. Although Pierre Blard kept a few plots of cereals, cows and a horse to work the vineyard, he started to grow wine by buying or renting plots of land from families in the area. With the arrival of mechanisation in the 1970s, he proceeded to restructure the plots. These were replanted to facilitate the passage of the wine-making machinery.

The year 1973 was marked by the creation of the AOC Vins de Savoie. The estate expanded and concentrated mainly on the Apremont and Abymes Crus, made from Jacquère grapes. The Persan, Verdesse and Gamay grape varieties were therefore uprooted. In the 1980s, after studying viticulture in Beaune, Jean-Noël Blard enlarged the estate and brought modernity to both the vineyard and the cellar. After selling part of the harvest to wine merchants, the estate proceeded with bottling and chose to sell its products directly. Today, the estate manages a vineyard of approximately 10 hectares in the Roussette de Savoie and Savoie wine appellations. Jean-Noël is now assisted by his son Thomas Blard, who has brought further renewal to the estate, notably with the development of new products such as Crémant de Savoie or a wine made from 100% Malvoisie grapes. Constantly seeking to improve their viticultural and oenological techniques, they wish to come closer to a sustainable viticulture, notably by reducing the use of chemical inputs.

The Blard & Fils estate now focuses on the AOC Savoie and Roussette de Savoie wines from the Savoie-Bugey region. This region has a mountainous and continental climate with oceanic and southern influences marked by high rainfall and cold winters. The Bugey vineyards flourish on the steep limestone scree of the Ain department, while the Savoyard vineyards extend over the first alpine slopes. Different grape varieties are used for the production of Savoie and Bugey wines. For the red wines, there are among others Pinot Noir and Mondeuse. For the whites, Roussette, Malvoisie, Altesse or Jacquère are used.

Various cuvees under the AOC Vins de Savoie and Roussette de Savoie are now offered by the Blard & Fils estate, including :

The history of the Savoyard vineyards goes back to antiquity, when the first vines were cultivated. During this time, the wine produced was already of high quality thanks to Greek know-how and methods. In the Middle Ages, Savoyard viticulture underwent a revival, as the land was largely cultivated by monks. The monks replanted the vines on a dead tree. Between the Middle Ages and the French Revolution, the land was fragmented and the vineyard areas extended thanks to the gradual abolition of serfdom. Between the 16th and 18th centuries, the Savoyard vineyards underwent a major expansion. Initially planted on the sunniest slopes, it spread to the plains.

In order to preserve the quality of the wines and to limit this extension, Duke Emmanuel Philibert set up the ban of harvests, which consisted in favouring the harvest of grapes at the right maturity. However, this administrative decision was not always respected by the farmers because of the profitability of wine growing. This led to a period of overproduction in the Savoyard vineyards until the middle of the 18th century. The situation only improved after the recommendations of the Marquis Costa de Beauregard concerning the maximum size of vineyards and the difference between the activity of the winegrower and that of the peasant. Great changes occurred with the French Revolution, during which many abandoned sharecropping, thus improving the quality of the wines. Despite the infestation of the Savoyard vineyards by phylloxera in 1877, the surface area of cultivation remained constant thanks to grafting and replanting. With the lack of manpower during the First World War, the Great Depression at the end of the 19th century and the drop in the birth rate, the 20th century was not a favourable time for the Savoyard vineyards.

Today, the Savoie vineyards cover just over 2,200 hectares, allowing the production of Savoie wine. This AOC is mainly produced in the departments of Savoie and Haute-Savoie, as well as in two communes of the Ain and one commune of the Isère. The vines thrive in a mountain climate, due to the presence of the Alps. Various grape varieties are planted here, notably Pinot Noir, Gamay and Mondeuse in red, and Altesse, Jacquère, Malvoisie and Mondeuse in white.

Savoie wine is gaining in reputation and is conquering the top tables. Known above all for its whites, Savoie is offering more and more gastronomic wines that are found on the menus of the region's starred restaurants. Far from the clichés of raclette and ski chalet wines, today's wines offer more than interesting aromatic profiles. At Vinatis, a wide range of Savoie wines is available, including Domaine Blard & Fils.